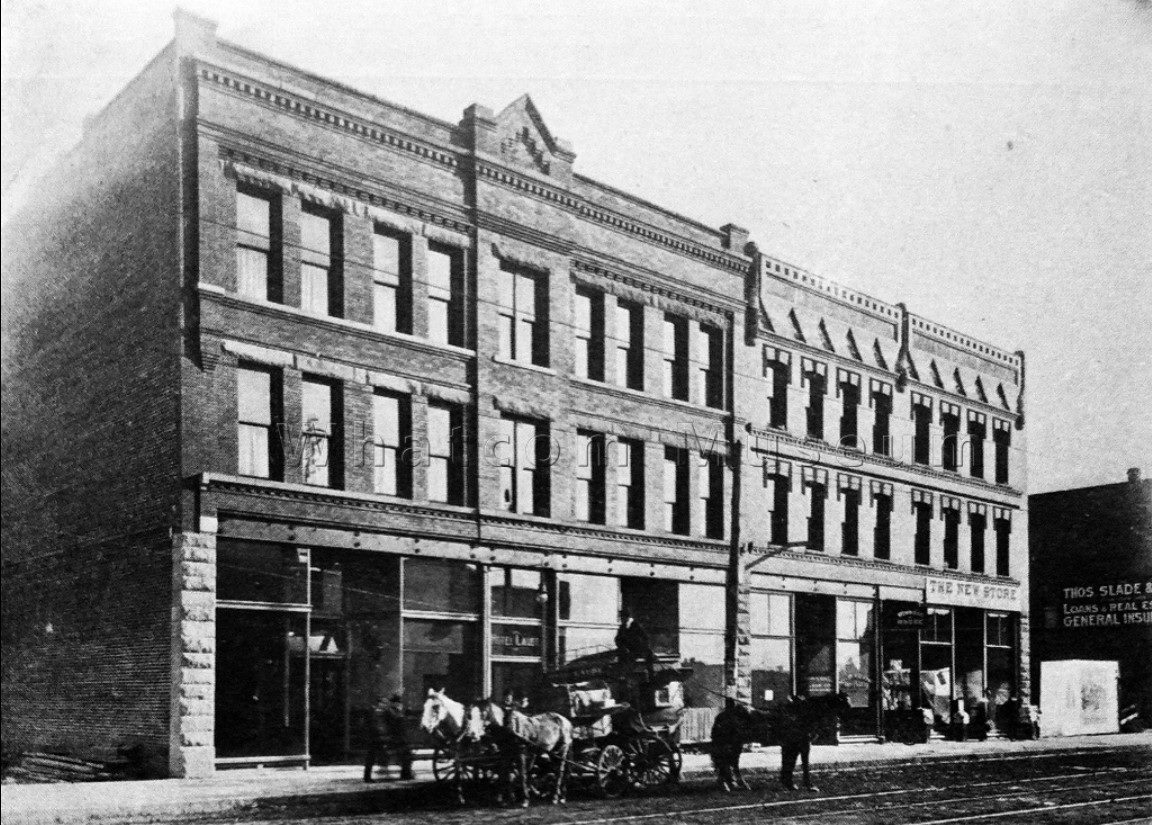 Hotel Laube was known as one of the stylish hotels in downtown Bellingham before the more modern and larger hotels such as Bellingham Hotel and the Leopold were built. This hotel had 51 rooms and was in a great location for traveling salesmen. The lower portion operated as a café which also brought in good sales. By the 1930’s the Hotel Laube lost its spunk and their primary business came through inexpensive single rooms. In 2008 the hotel was updated into an affordable apartment building with 20 apartments. The downstairs became two commercial spaces that now operate as Wise Buys and The Old World Deli. 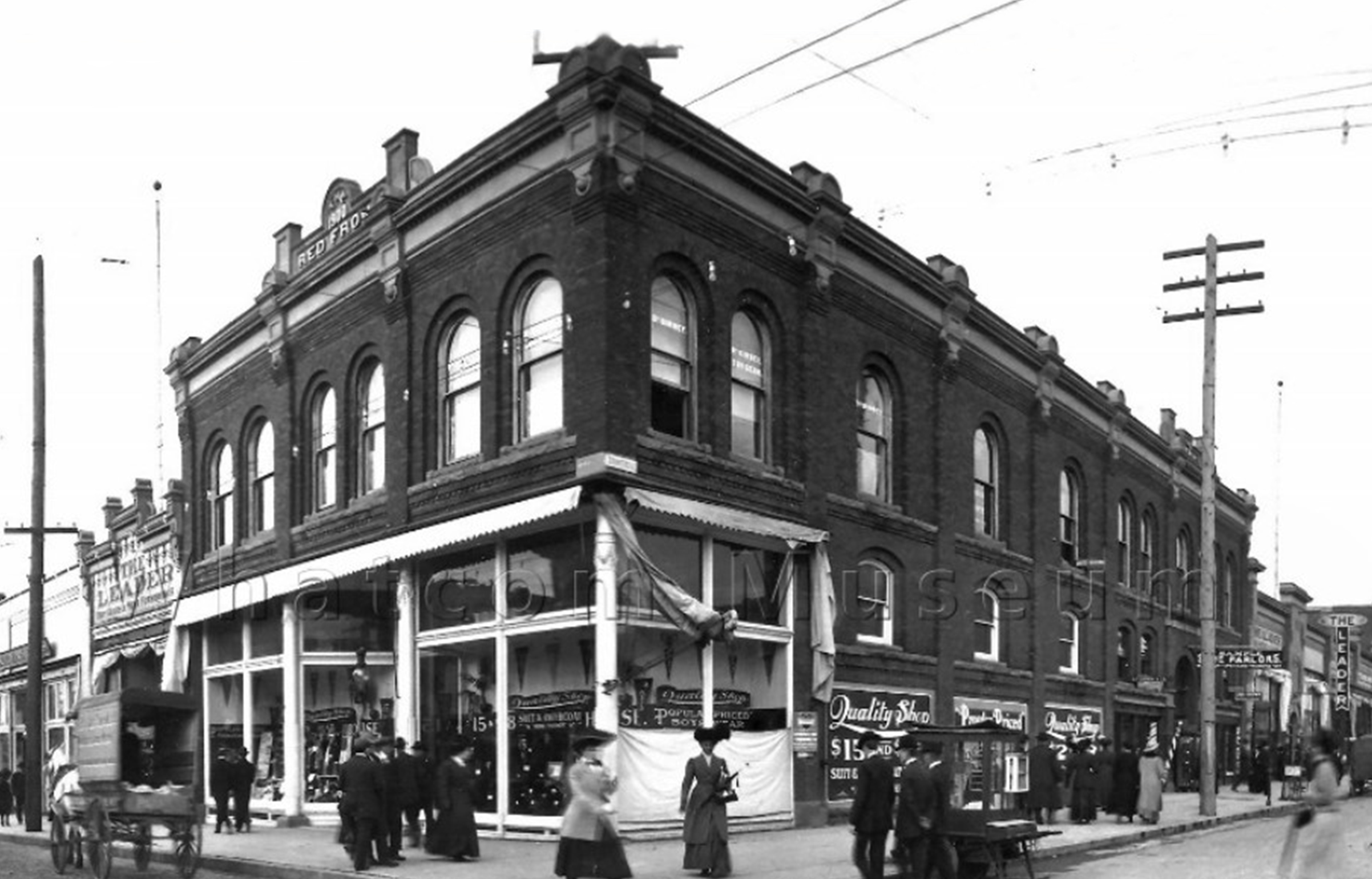 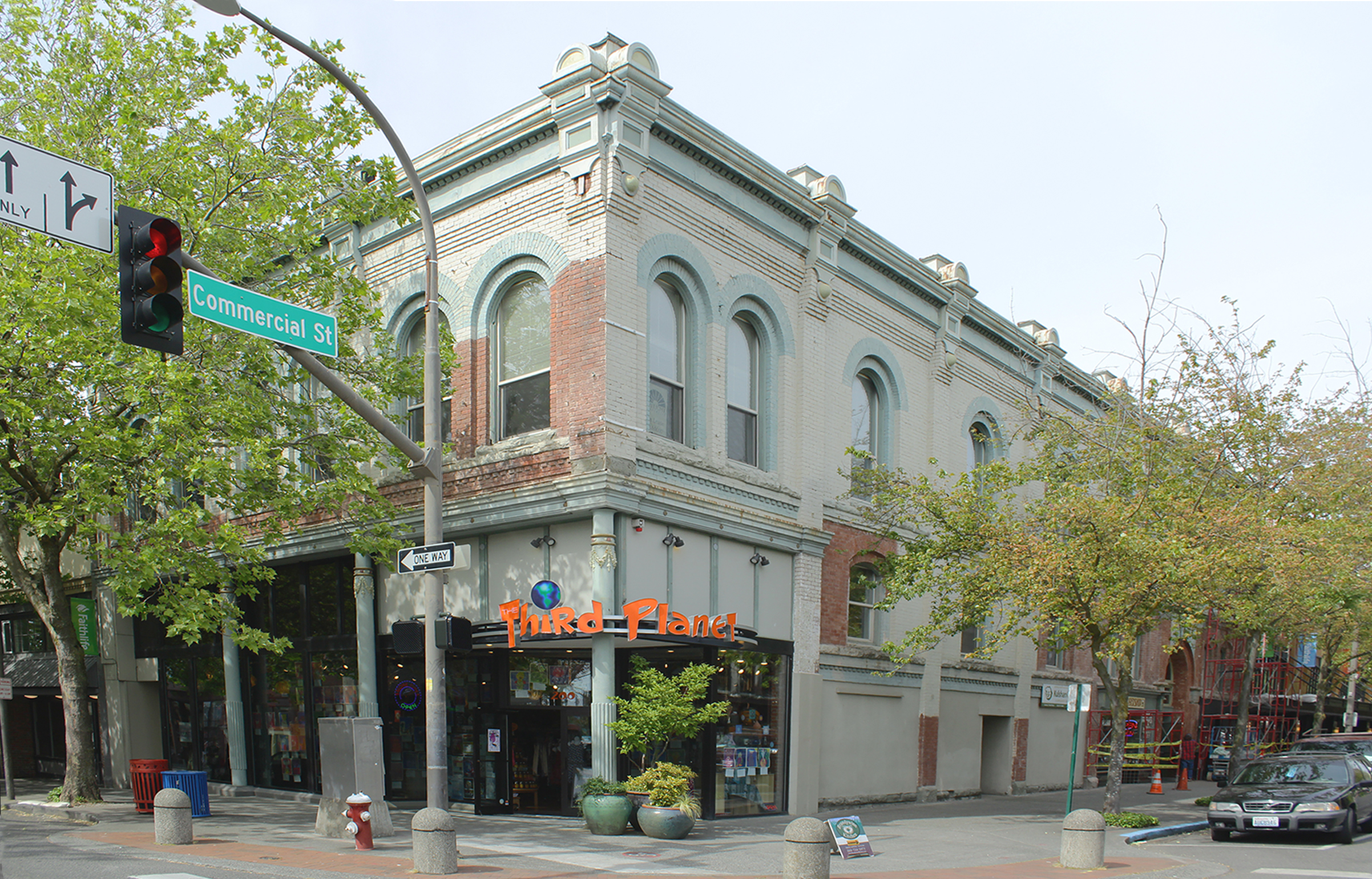 This building was built in 1900 and operated as the Red Front Clothing store. The upper floor was used for professional office space but was later re-purposed in to the Savoy Hotel in 1915 and remained a hotel until the early 1960s. The roman style red brick is now painted over with white paint, however the original architecture has remained almost identical. Over the years the downstairs has operated as retail space for several shops such as DIGS and Third Planet. The Savoy Hotel upstairs has now been transformed in to the Savoy Apartments. 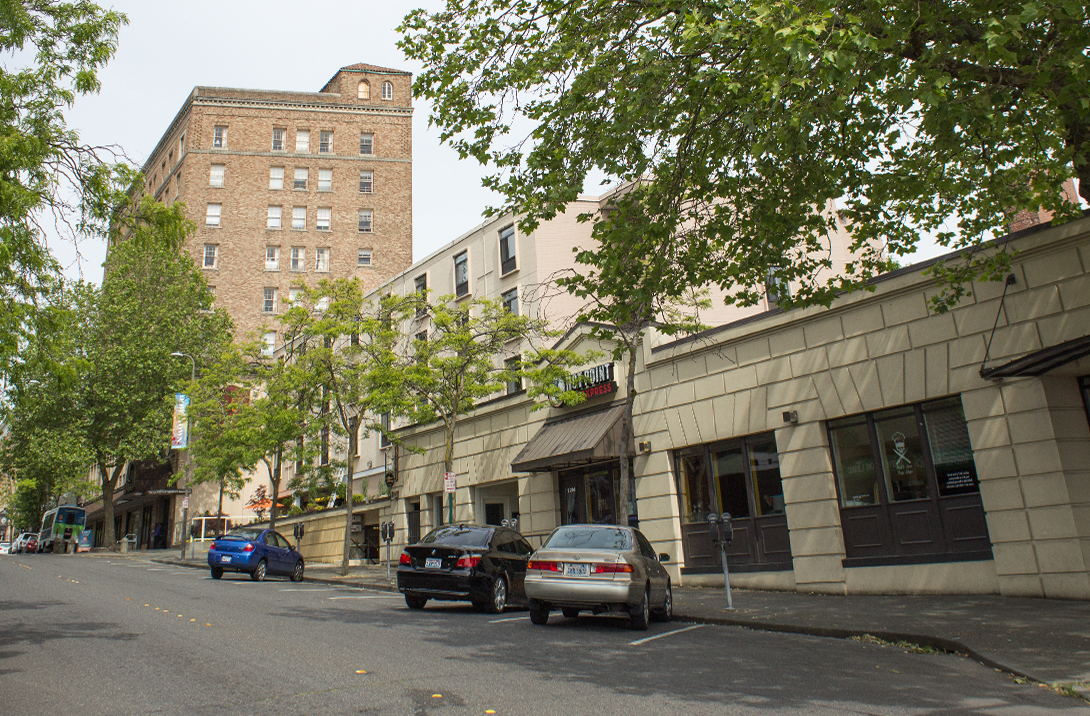 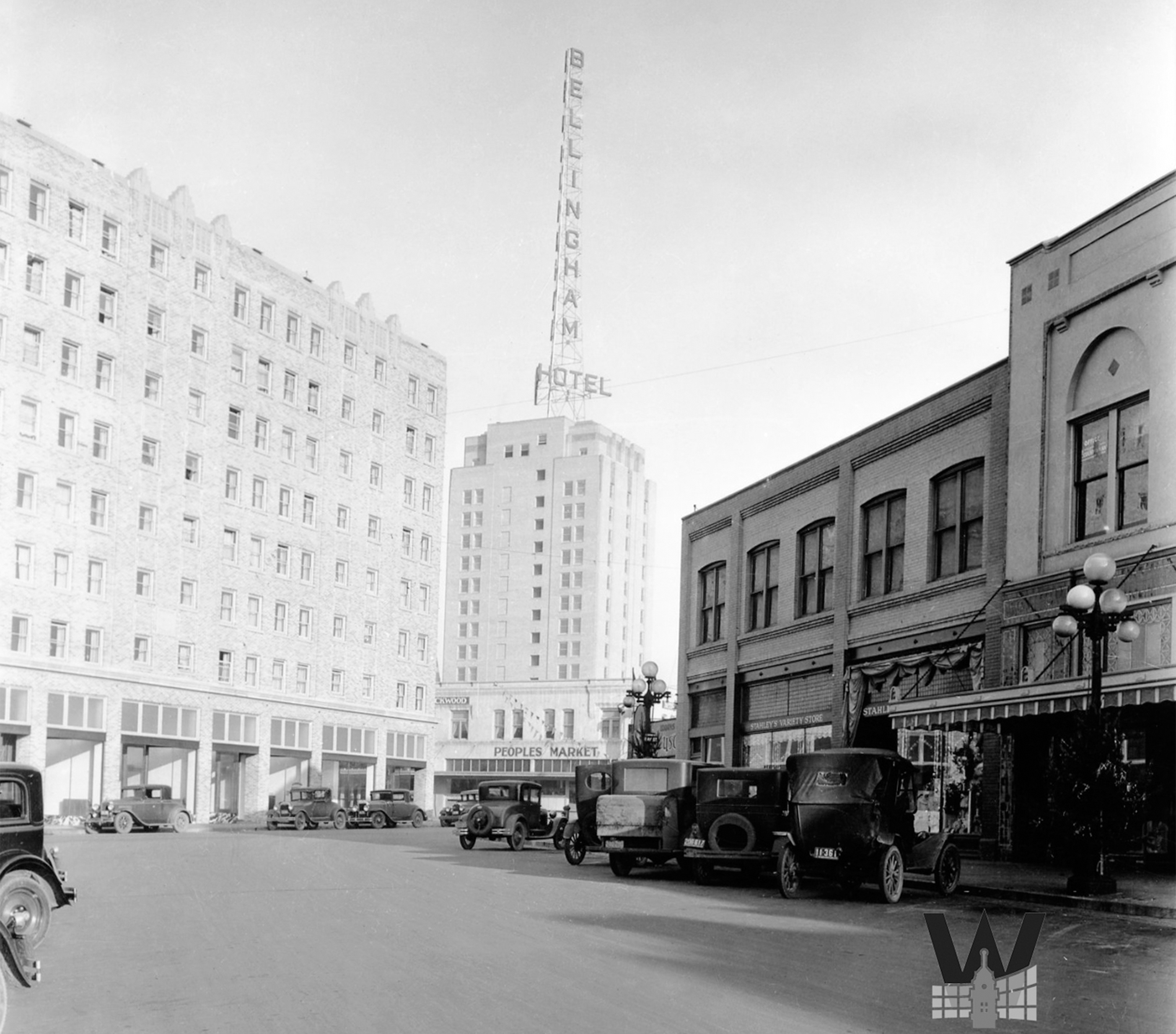 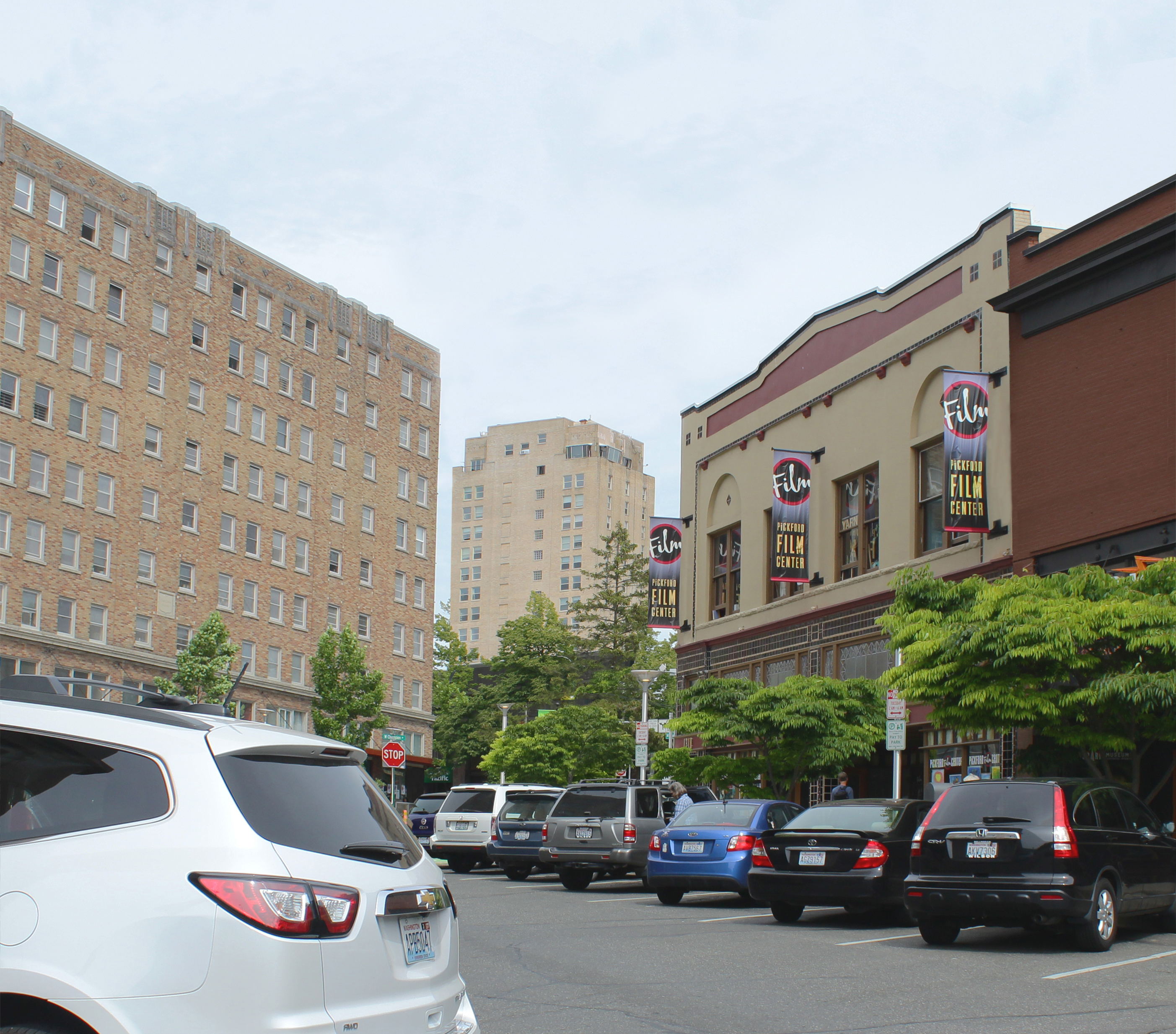 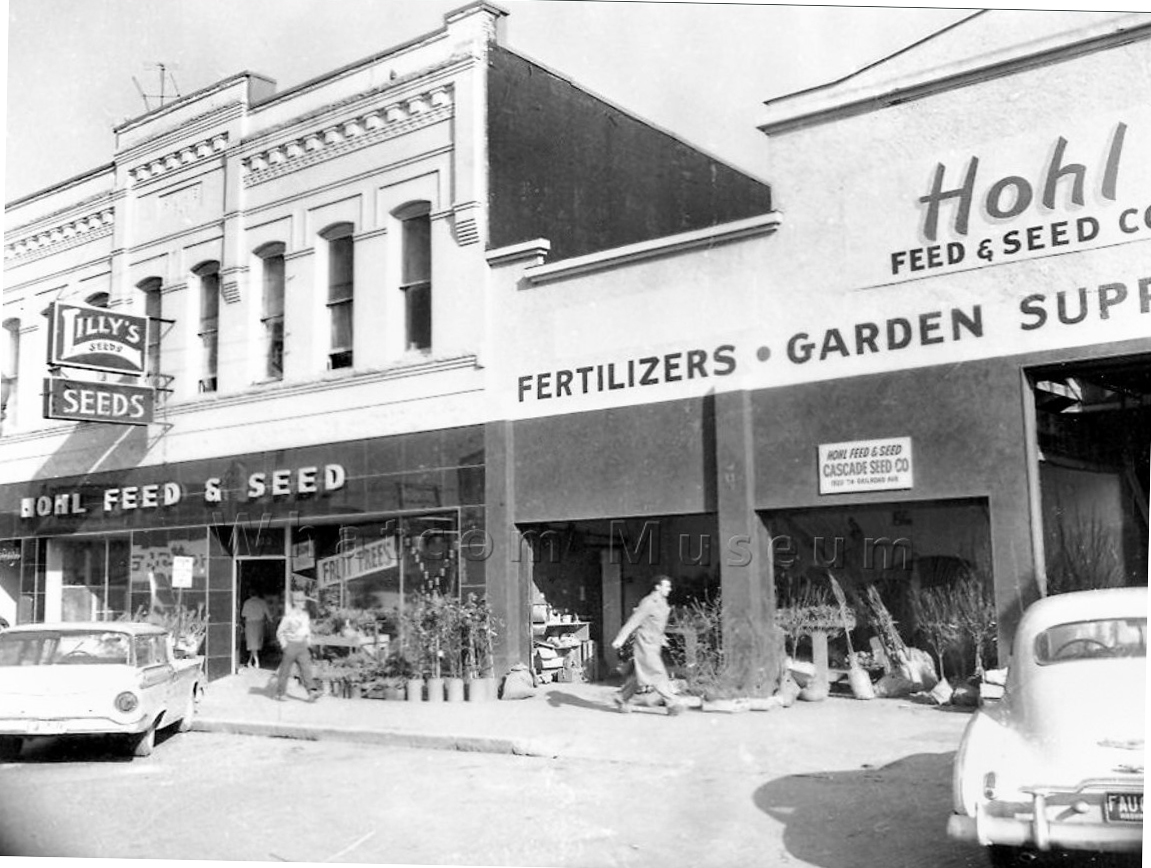 Fun Fact
Brothels were legal in Bellingham
until 1948

The Spokane House was funded by investors from Spokane, Washington in hopes for a railroad connection from Bellingham to Spokane. When the railroad connection never happened George Hohl moved his feed and seed business in to the space in 1945. The downstairs has remained as Hohl’s Feed and Seed ever since. The upstairs was known to have operated as a brothel until 1948. The Spokane House operated from 1904-1924 and was later changed to the Spokane Hotel that operated from 1925-1948. The upstairs now operates as apartments.

The BB&BC (Bellingham Bay and British Columbia) hotel was created in 1892 just one year after the depot was made. This train depot would hand deliver to nearby businesses as well as transport passengers. To accommodate the herds of people from the train depot the Hotel was built right next to the train station. The building does not remain standing but some of the train depot structures do remain. The structure was recreated to mimic the original architecture.

This building was originally called the Exchange Building. The building’s original purpose was to provide a centralized location for businesses similar to that of New York’s. However, the idea never quite caught popularity and the building was rehabilitated to operate as Hotel Henry in 1923. Hotel Henry remained from 1923-1942 when the building was then transformed in to the YMCA that we know today. A few stylized changes have occurred to the outside of the building adding a mesh façade to the outside in 1968 and then later removing the façade in 1992 to reveal the original brick again.

All the historic photos for this projects are used with permission of the Whatcom Museum Photo Archives.

The Historic B.P.O.E. Building The Power of Community Radio