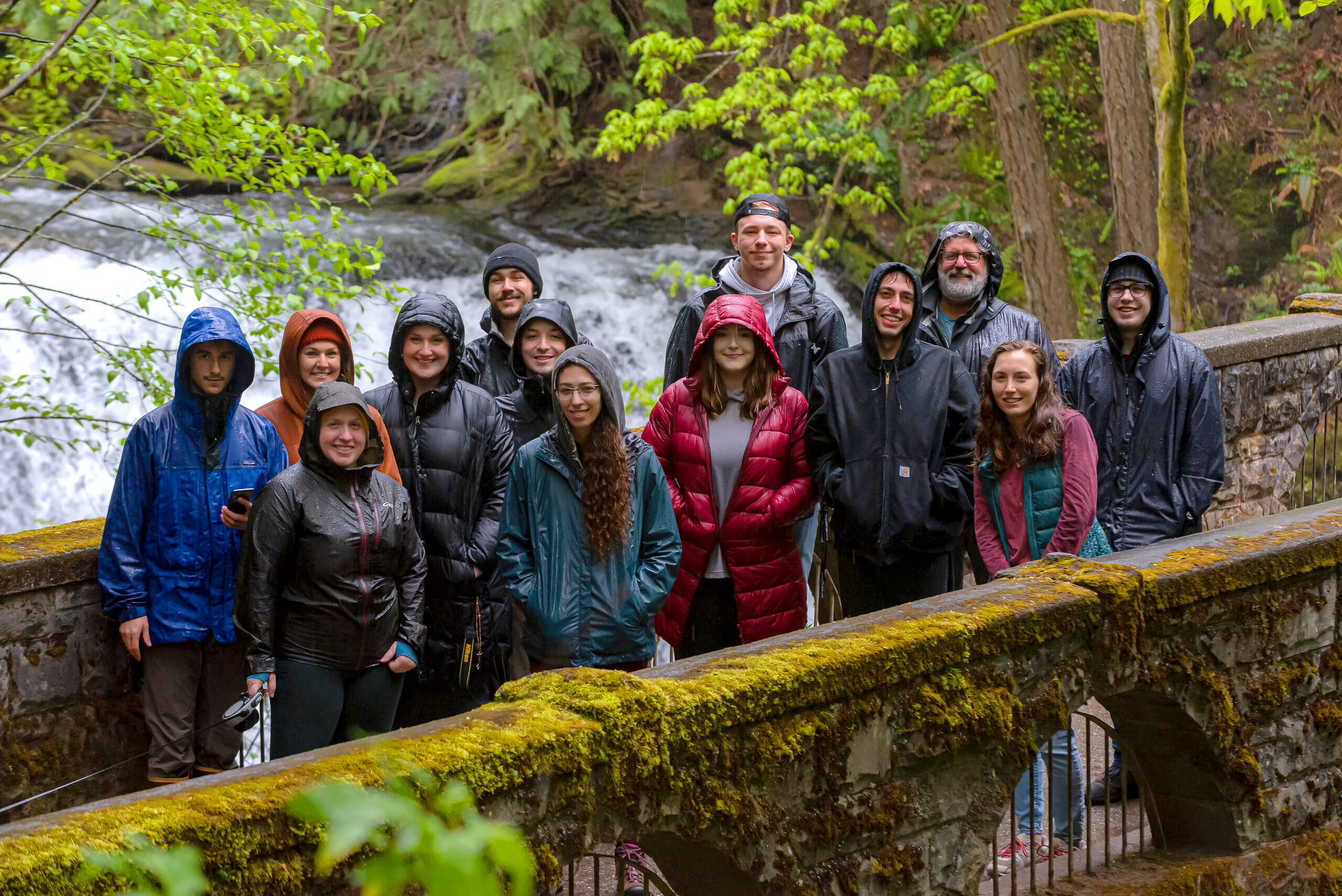 Students in the Advanced Visual Journalism class worked on projects under the broad thematic umbrella of “sound” during the spring quarter. Inspired how we are immersed in sound on a daily basis, students explored how sound affects us and our surroundings.

Learn more about the Spring 2022 Team 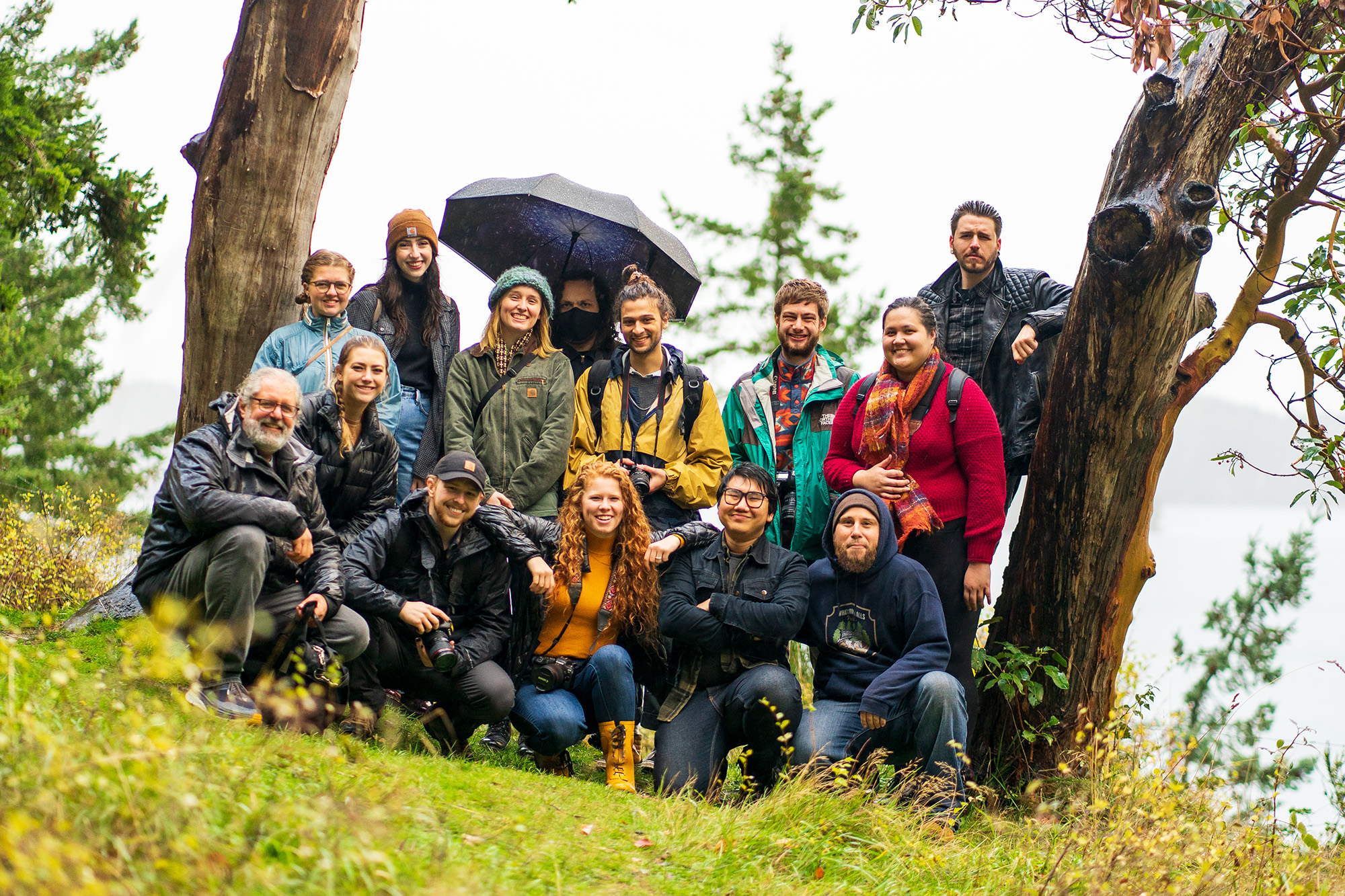 Students in the Fall of 2021 Advanced Visual Journalism set off along Chuckanut Drive to discover the rich history and culture nestled along a 21 mile stretch of road where mountains meet the sea. We invite you to take a ride with us from Fairhaven to Bow, Washington as we explore the many facets of this remarkable community offering a closer look into the environment, lifestyles and artwork that have shaped their culture.

Learn more about the Fall 2021 Team 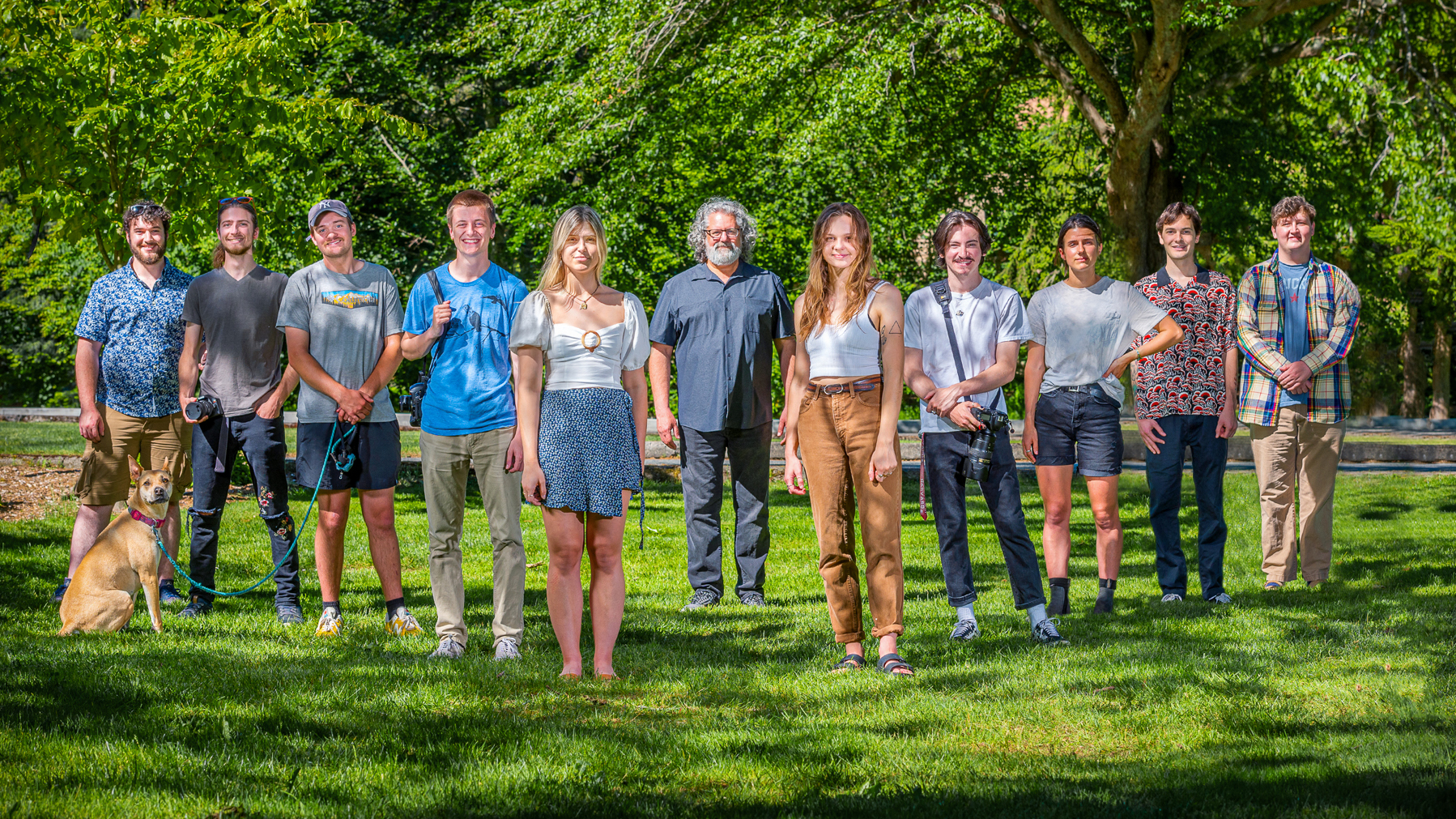 Students in the Spring 2021 Advanced Visual Journalism class traversed stories of different homes and lifestyles, paving diverse definitions of what home can mean in the greater Bellingham area. From college houses to tiny homes, they offer a peek into local homes and dwellings, as well as the redefining of “home” as we emerge from the COVID-19 pandemic.

Learn more about the Spring 2021 Team 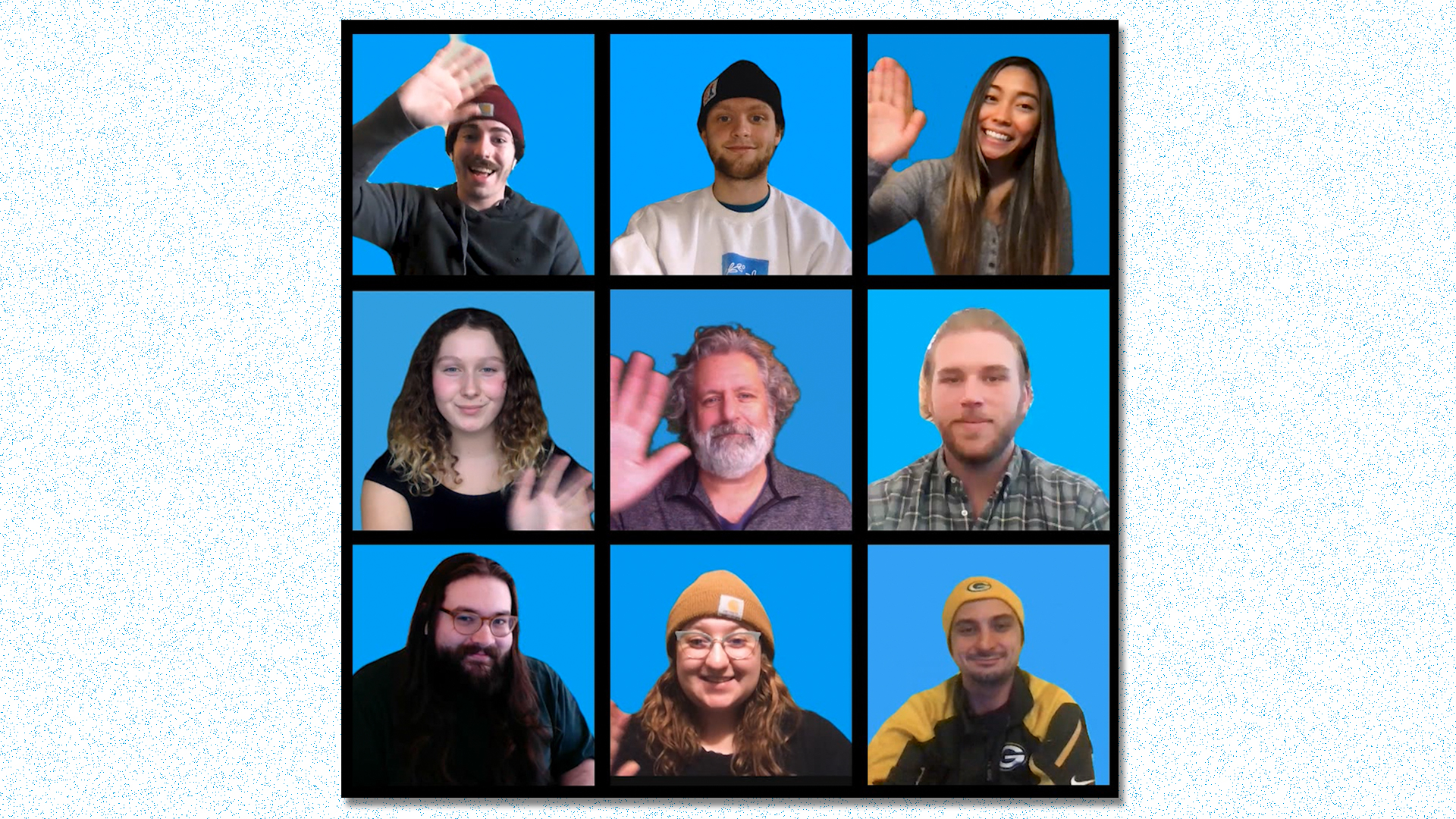 Students in the fall 2020 Advanced Visual Journalism explored how people found ways to stay connected during the ongoing social distancing restrictions stemming from the pandemic. Whether it was through gaming, dating, dining or exercising Civil Rights, the common thread of staying connected proved invaluable. 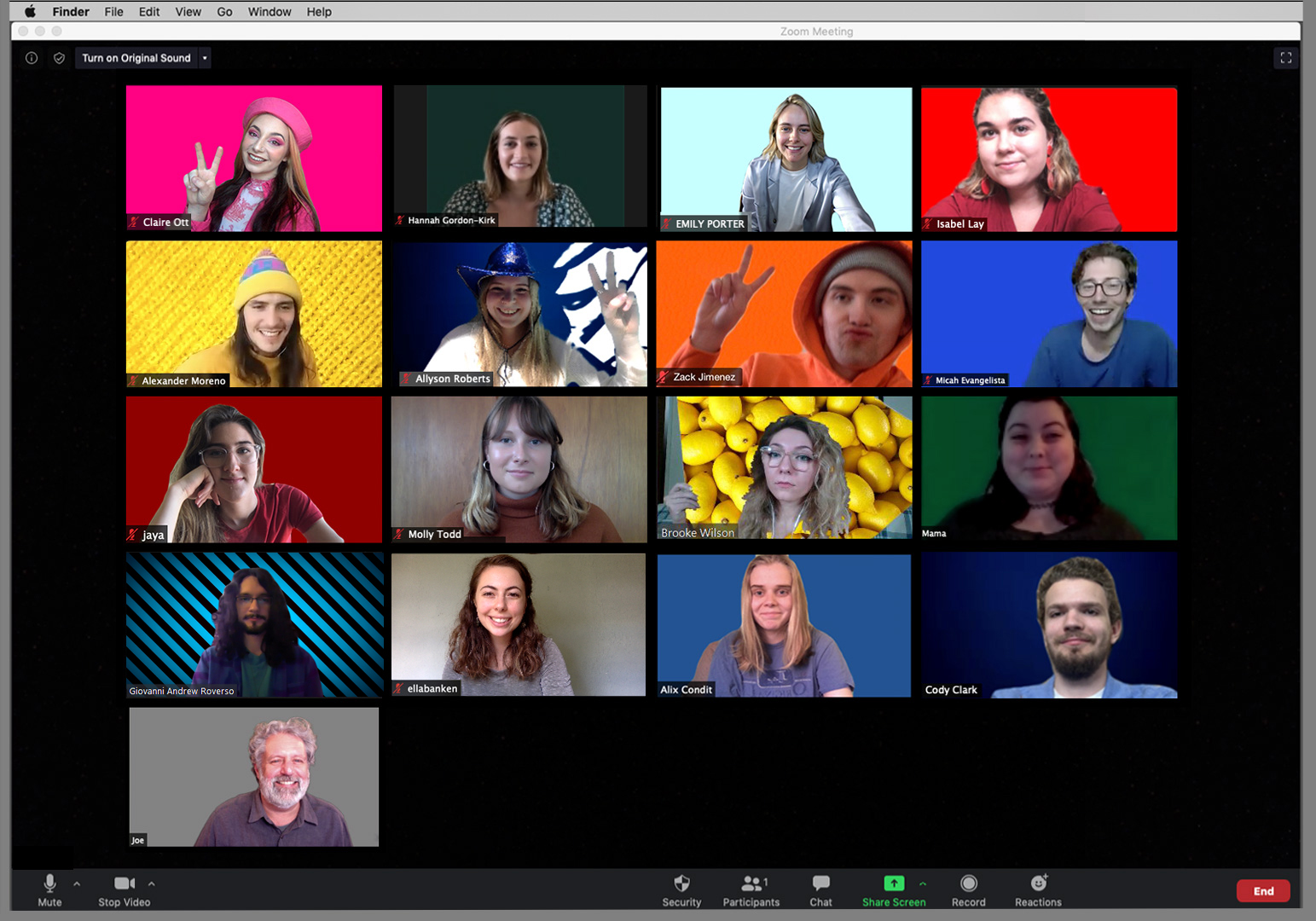 Throughout April and May 2020, students in the spring Advanced Visual Journalism class set out to document how members in the Northwest region of Washington were coping with social distancing mandates stemming from the coronavirus. They explored the impact the pandemic had on education, business, families and community.

Learn more about the Spring 2020 Team. 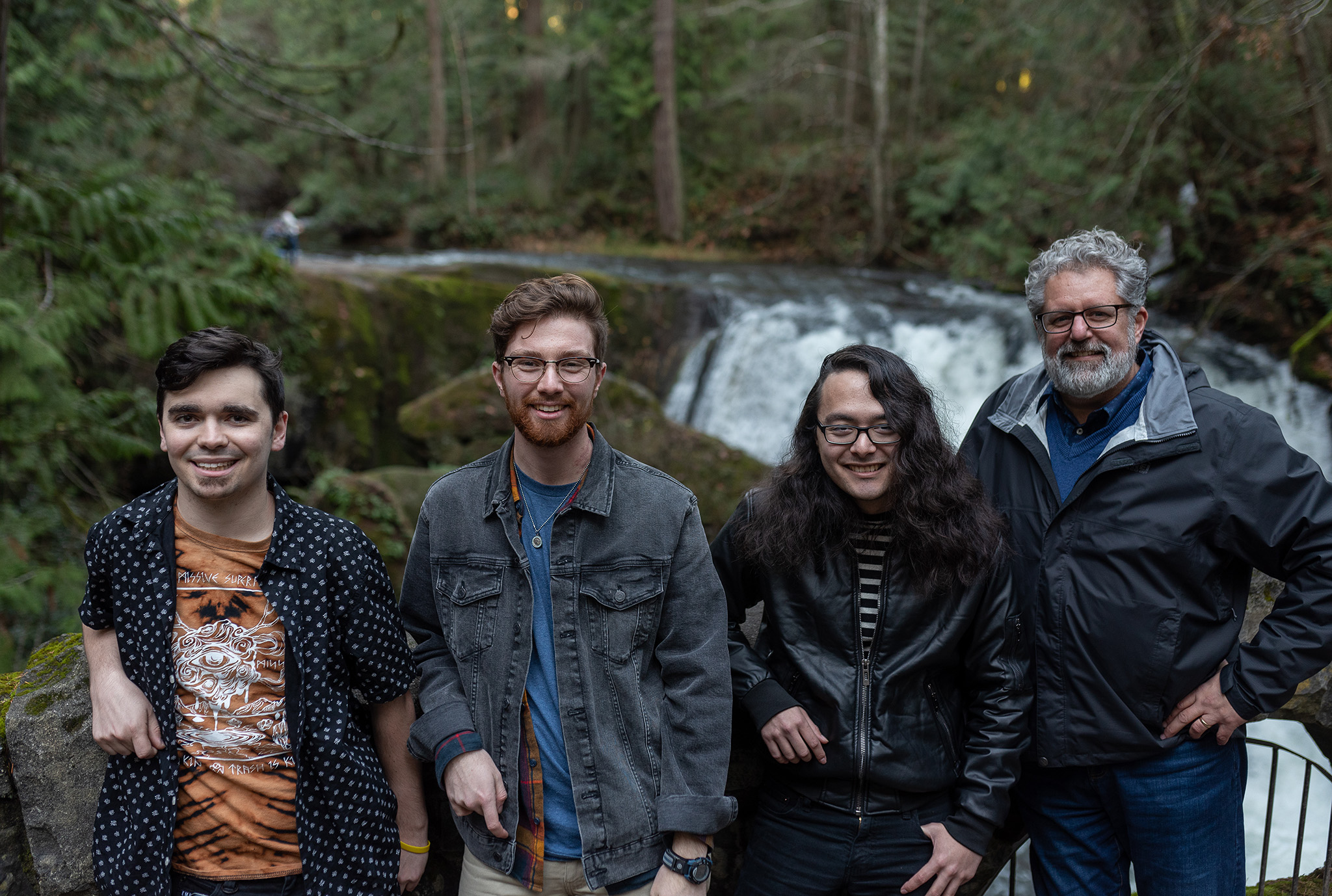 Class Project: The Rhetorician: Doing it for the Love 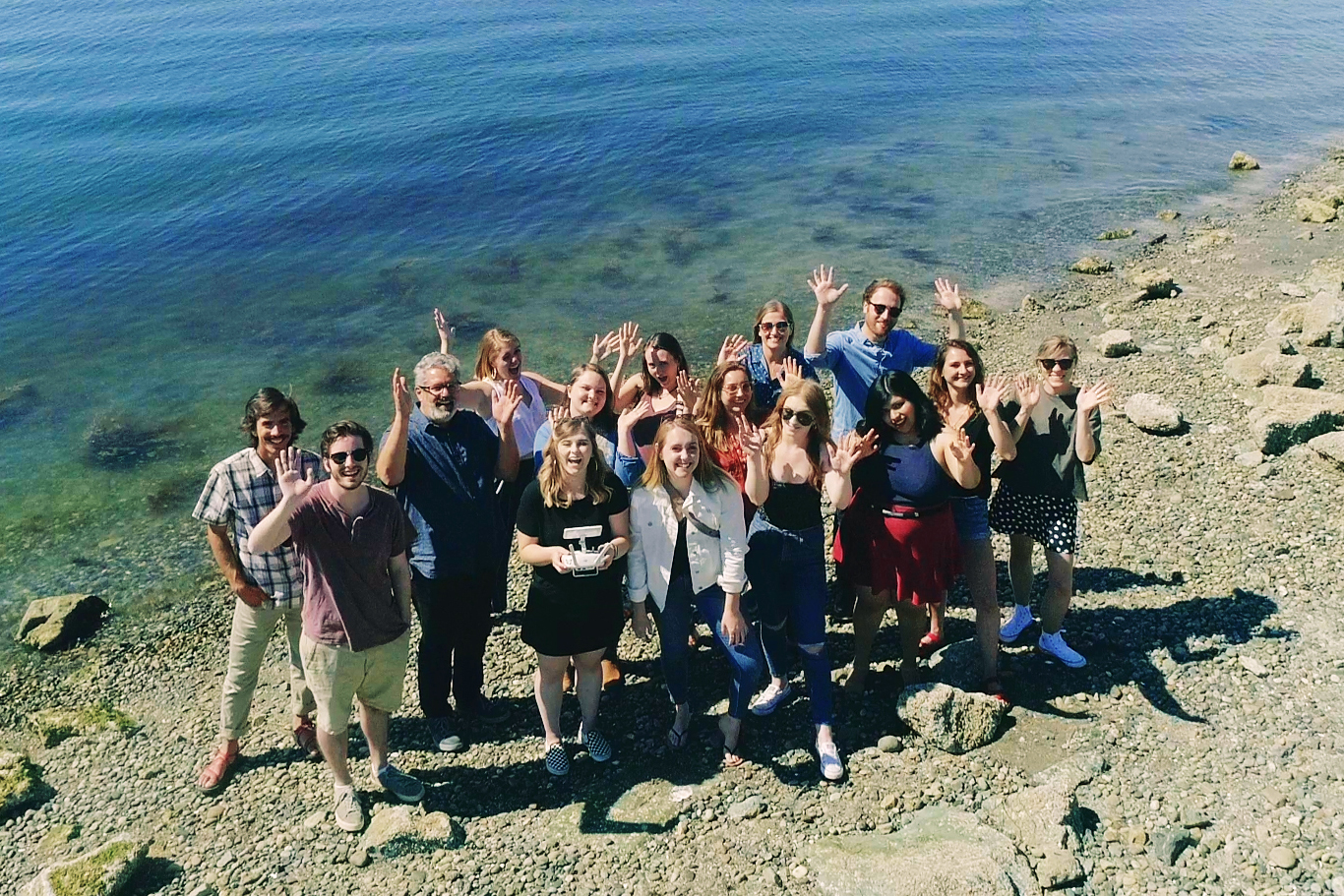 In the spring of 2019, students in the advanced visual journalism course at Western Washington University sought out to capture the ways in which the Bellingham Bay connects local residents to recreation, sports, arts, travel, careers and lifestyle on the water.

Learn more about the Spring 2019 Team. 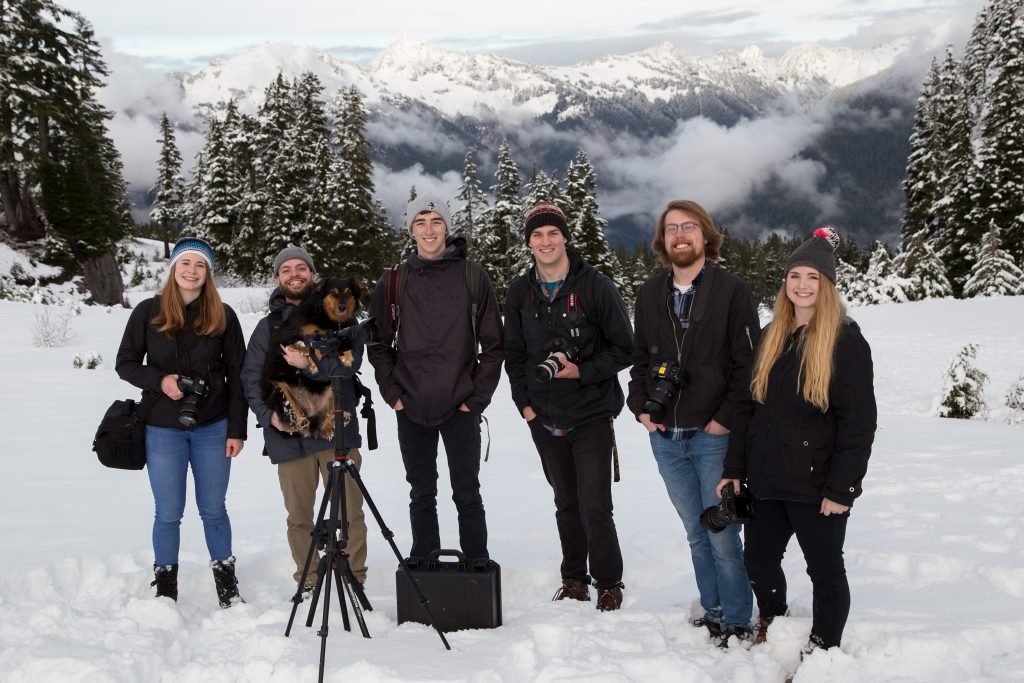 In the fall of 2018, students in the advanced visual journalism course at Western Washington University explored our community’s connection to Mount Baker. The mountain has an iconic presence for residents and visitors alike. For some, it’s a recreational playground and for others it’s a scientific laboratory. 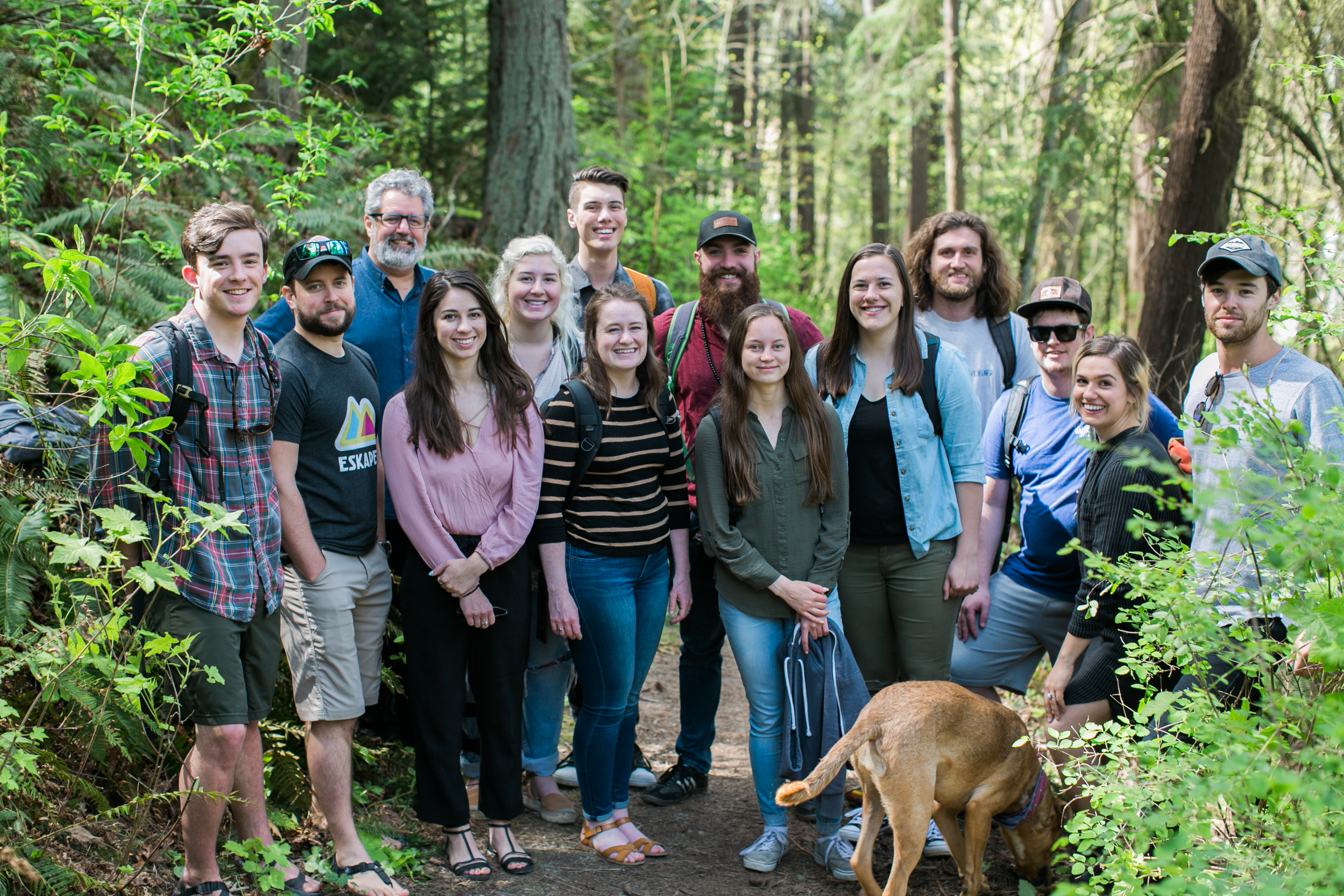 In the spring of 2018, students in the advanced visual journalism course at Western Washington University sought out stories of life on the edge.  Using visual storytelling techniques, these students explored narratives of art, therapy, homelessness, and van life.  Each of these topics illustrates a different aspect the class theme of “The Edge.”

Learn more about the Spring 2018 Team 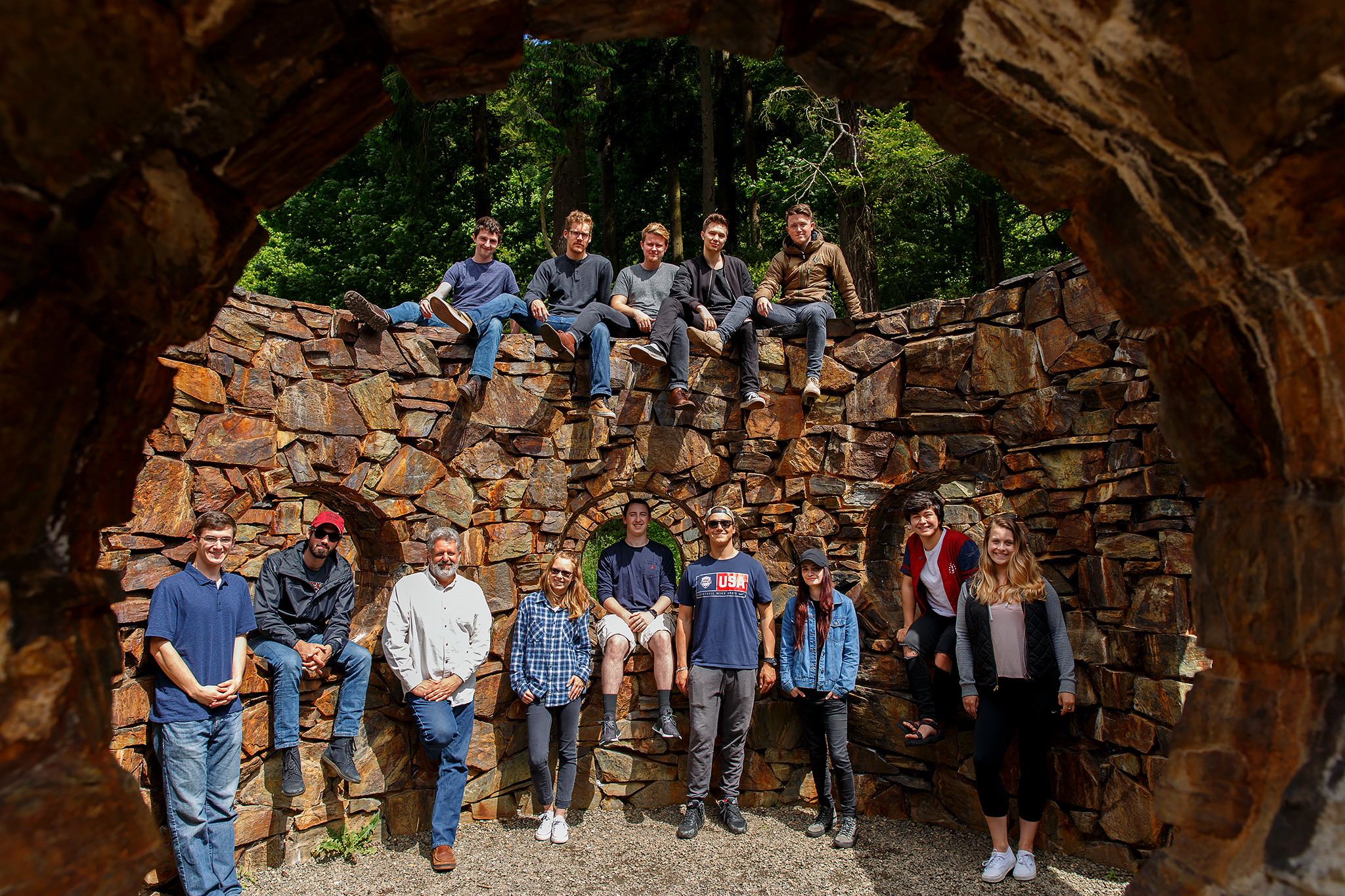 Class Project: “Stories Along the Nooksack”

During the spring quarter of 2017, students in the advanced visual journalism course at Western Washington University decided to use the Nooksack River as a guide for seeking out stories in Whatcom County. Over the span of several weeks, 13 students explored the river from Mount Baker to Bellingham Bay. Together they produced a series of multimedia projects titled “Stories Along the Nooksack” that highlights the impact and significance of the river on the community.

Learn more about the Spring 2017 Team

There has been much discussion recently about America’s ever-widening gap in the rural-urban divide. This  inspired students in the Advanced Visual Journalism course at Western to explore the topic on a local level. During the fall of 2016, nine students set out to find stories in Bellingham and rural Whatcom County to better understand this phenomenon. While it is inevitable that some cultural, political and geographic divisions will continue to exist, there are individuals, companies and organizations who are “Bridging the Divide” in sustainable ways.

Learn more about the Fall 2016 Team

On a bright spring afternoon in late March of 2016, Joe Gosen, assistant professor of journalism at Western Washington University, offered up an idea to 13 of his students in their visual journalism capstone class. Inspired by his recent relocation to Bellingham and involvement as a Community Engagement Fellow at WWU, Gosen wanted to challenge his students to use the culmination of their skills to produce a project from the ground up. Months later, the motley crew of talented individuals created 48 Degrees North, a website dedicated to finding and telling the stories of Bellingham and Whatcom County. In preparation of launching the site, students focused their multimedia projects on historic preservation and sustainable practices in Bellingham’s downtown core. Their combined efforts resulted in “Repurposing Downtown” as well as the official launch of this website in June 2016.

Learn more about the Spring 2016 Team